If the statistics gathered by the Association for Safe International Road Travel is to be believed, then the probability of car accidents happening every day is very high. According to the Centers for Disease Control and Prevention (CDC), more than 2.3 million people have been treated in emergency departments in 2014 due to injuries caused by motor vehicle traffic crashes with young adult drivers (ages 18-24) having the highest crash related non-fatal injury rates. In addition, these non-fatal injuries have caused a staggering $45 billion in lifetime medical and work loss costs in 2013 alone.

You may wonder why non-fatal injuries costs so much when they were not life-threatening. The effects of non-fatal injuries can last long after the accident. It is possible for a victim to feel severe physical pain even after a couple of years. Just imagine how much money it costs for repeated X-rays, CT scans, MRIs, painkillers, and other medical expenses to pinpoint and cure whatever muscle, tissue, ligament, joint, or nerve was damaged during the car accident.

The Peculiarity of Car Crash Injuries

The curious thing about non-fatal car crash injuries is its tendency to pop out only after several days has passed. Some might chalk it up to mental trauma, a bad case of adrenaline rush, or emotional disorientation from being shocked by the impact. It is quite common for non-fatal car crash victims to feel the physical pains only after they have mentally settled down.

In fact, many common symptoms of whiplash and other non-fatal injuries are felt within the first six weeks after the accident. A chiropractic clinic in Portland urges patients to visit and have a comprehensive treatment within this time frame to correct, adjust, or manipulate the damaged areas into healing immediately.

Most patients experienced the following symptoms which can be treated by visiting a chiropractic clinic serving Portland residents.

Most of the time, a patient feels severe headache or soreness of the upper neck. A chiropractor can treat these symptoms with a precise neck manipulation to reduce muscle spasms and relieve pressure and tension in the nerves. A patient undergoing chiropractic care wouldn’t need to rely so much on pain relievers.

Shoulder pain and lower back pain

A classic whiplash injury, shoulder pains occur regardless of whether the impact is a high-velocity or a low-speed collision. Spinal manipulation is one of the most recommended chiropractic treatment for this kind of pain, though a chiropractor must do a comprehensive pre-treatment diagnosis to determine the steps to correctly perform the spinal adjustment.

Chiropractic treatment is especially recommended to those who want safe care for their aching limbs. Not only are these treatments effective, they also cost less than the traditional medical treatment and prescription drugs. 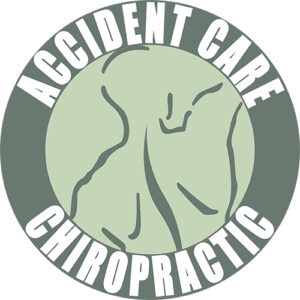 What You Need to Do to Maximize Benefits from Chiropractic TreatmentsCommon Workplace Injuries that Require Immediate Attention from a Chiroprac...
Scroll to top Chiropractor | Whiplash | Car Accident |